The EDA delegation returns from the Study tour 2019 with the suitcase full of a greater knowledge of the industry, with new contacts and many of them willing to repeat the experience in the future.

The Study tour was an initiative of the association (based on a previous trip to Japan, in 1988, on the occasion of a symposium EDA-RILEM, held in Tokyo). In this occasion, the goal was to learn more about the Japanese demolition industry and the circular economy methodologies, visiting some of the main manufacturers’ facilities throughout several places in Japan and establishing contacts with the Japan Demolition Contractor Association (JDCA) to develop a global vision and learn new ways to solve the same challenges.

On 20th May, the trip started with a visit to HITACHI, the first host in this journey, who showed his Tsuchiura factory, located in Ibaraki prefecture. After a visit to their facilities, HITACHI managers gave the EDA delegation a comparison between demolition excavators in Europe and Japan. 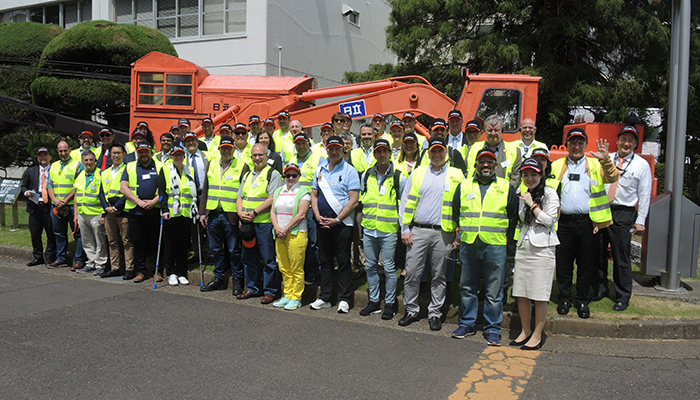 After that, NPK NIPPON made a review about the company to the attendees, explaining its activity in demolition and earthquake strategies and the main hydraulic crusher used by the company.

The day ended with the EDA General Assembly, to review the main subjects of the association and decide about new projects and goals for the future.

On 21th May, OKADA AIYON opened its doors of Aiyon Tech Co Ltd (on the outskirts of Tokyo) to the EDA delegation to tell them more about its work and products. The participants were able to look closely at its crushers (each of them assembled entirely by a single worker) and listen to the history of the demolition, the methods used in Japan and the technology employed in the factory. OKADA Japanese and European team shared a lunch with EDA delegation to exchange experiences and establish ties between both. 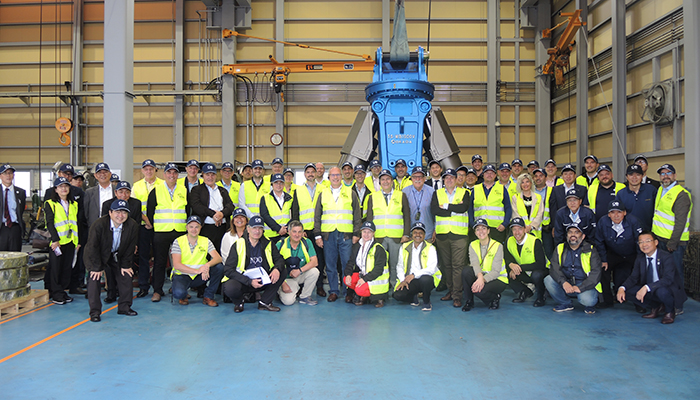 The day finished in the beautiful city of Hiroshima, where KOBELCO hosted a dinner that helped strengthen the social relationships of the group. The next day, KOBELCO took the EDA delegation to Itsukaichi facilities, where they showed a wide range of demolition equipment in a huge open space. In addition, a group of Directors showed the advantages and novelties of their products during a presentation that took place after the visit. 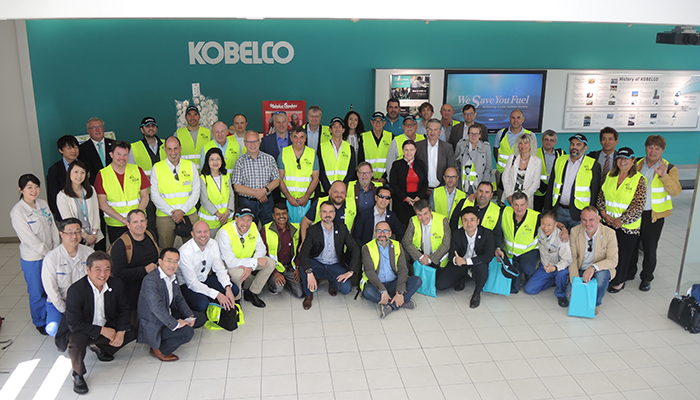 The afternoon was dedicated to KOMATSU, with a visit to its plant in Osaka, to see their construction equipment up close and a presentation to know more about the company operations (not only in Japan but also at international level) and the evolution of its work gears. 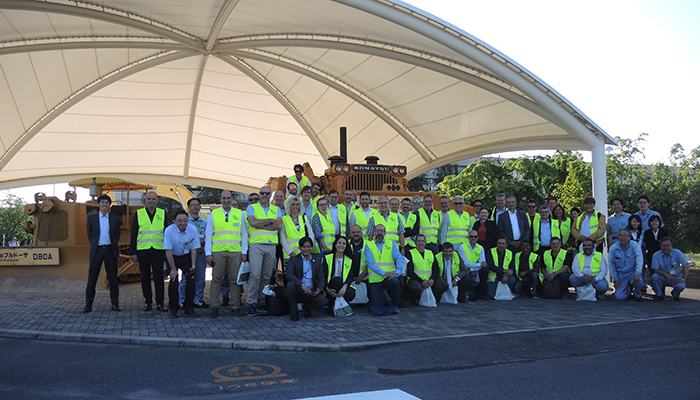 The finishing touch of the day was the dinner hosted by CATERPILLAR, enjoying the night view of the Kobe skyline along with several Caterpillar Managers from different parts of the globe.

On 23th May, the EDA delegation moved to Akashi facilities where CATERPILLAR researches, develops and manufactures hydraulic excavators, both in the Hydraulic Excavator Development Center (HEDC) and in the Akashi Plant. 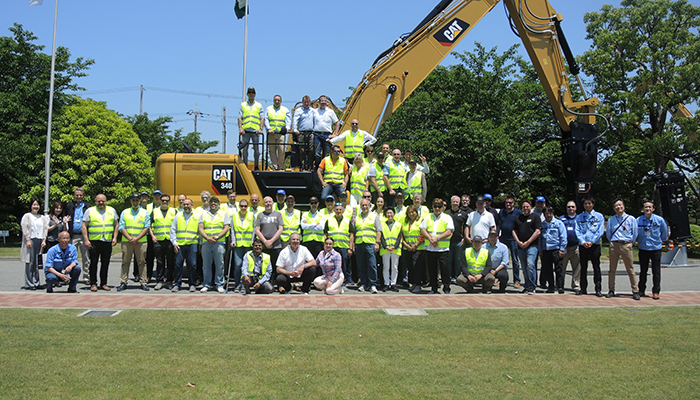 After a brief introduction of the company and the specific range of demolition equipment, the visitors had the opportunity to get to know 3 models closely, one of them still in the prototype phase. It was a very productive time to explain the novelties and to listed to contractors’ feedback about their needs and improvement proposals.

See you in the next EDA Study tour

The overall assessment of the participants of the EDA Study tour was very positive. Not only from the technical point of view and the new knowledge acquired, but also on a personal level by the lived experiences, the contact with the Japanese culture and the creation of the “Demolition Brotherhood”.

Undoubtedly EDA will repeat the format of the Study tour shortly. Which will be the next country to discover?

The conference “Enabling change and circular economy” closes the...