You are here: Home / Communication / News / Get to know more about the NDA 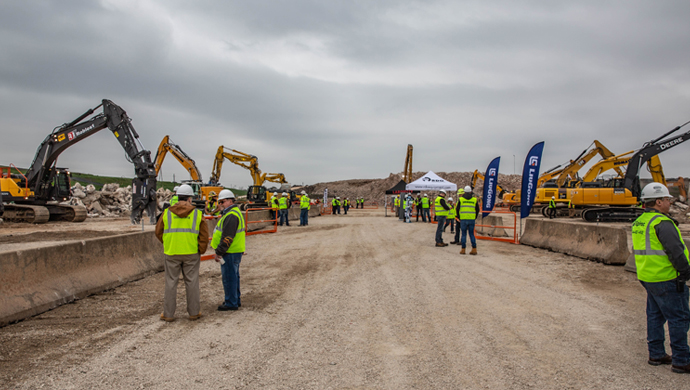 To say a lot has changed in 2020 would be a gross understatement. We find ourselves in a new reality. And together we will come out the other side stronger and more determined than ever to advance the industry we love. We have always enjoyed the relationship between our two associations and in this unprecedented time, we value our continued collaboration more than ever. Our associations have been at the cutting edge of safety, deconstruction, research, training and education.

A quick snapshot of NDA efforts in the face of the pandemic. Since the mid-March launch of NDA’s COVID-19 Resources page, it’s been viewed over 1,800 times. We also developed and launched virtual member education sessions based upon the Foundations of Demolition Management Series. Recordings of each session are on the website.

I also want to apprise you of what NDA has been doing in advocacy. We have sent numerous letters to the Administration, Congress and Federal Agencies to advocate on behalf of the industry in the United Sates to ensure companies can continue to operate and secure the funding necessary to weather the storm. Additionally, in April we sent a letter to the White House detailing NDA’s priorities for a “Phase 4” COVID-19 relief bill. We launched a grassroots campaign for NDA members to weigh in directly with their elected officials, which can be accessed on our new online grassroots portal. To date we have had nearly 100 members weigh in on COVID relief.

We continue to make a difference for our members. In recognition of our redesigned convention and launch of the Live DEMOlition, I would like to congratulate the board on NDA’s two recent accomplishments. NDA Demolition Convention & Expo, Demolition Rockies was named to the Trade Show News Network (TSNN) 2019 TSNN Top 250 Trade Shows in the United States. Compiled from show management and data supplied to TSNN, the list represents the top 250 trade shows held in 2019 ranked by net square footage. TSNN’s recognition is the second industry recognition for the NDA Expo. In addition, earlier this year Trade Show Executive named Demolition Rockies as one of 50 fastest growing trade shows in 2019.

At last year’s convention, NDA was proud to have awarded the inaugural Mike Casbon Safety Award. The award honors the legacy of the late Mike Casbon by recognizing NDA member companies that have demonstrated a commitment to safety through lagging and leading indicators and is a tribute to the importance of the culture of safety NDA members exercise on a daily basis. While we had to cancel this year’s convention we look forward to seeing everyone in sunny San Diego, California, February 26- March 1, 2022

Finally, concerning safety, NDA has been working with the United States Department of Labor (USDOL) Occupational, Safety and Health Administration (OSHA) to conduct a four part training series for OSHA compliance officers on demolition best practices and techniques. The training is in four parts: robotics, fall protection, health hazards and pre-engineering surveys. This is part of a yearlong effort to implement an Alliance agreement that when signed will provide members with compliance assistance. We conducted this training in summer 2020. This agreement will be finalized in April 2021.

Speaking of training, to date we have over 40 professionals who have earned a Foundations of Demolition Management Certificate. The Foundations of Demolition Management series consists of four seminars that total 40 hours of classroom instruction focusing on diverse topics in demolition management. In addition, NDA launched a new superintendent course at last years Annual Convention in February and onsite machine training at our Live DEMOlition with 48 student in attendance.

We look forward to enhancing the skill sets of demolition professionals offering continued opportunities for training. Next year we will conduct risk management training at World of Concrete and will continue to provide training opportunities in the coming years.

Our partnership with EDA is incredibly valuable. We look forward to coordinating our efforts with you in the future.